As predicted by Andrew “transcription error” Gilligan, last night’s Panorama investigation into Tower Hamlets’ elected Mayor Lutfur Rahman caused clear discomfort to its target and his supporters, but was noticeable not for what it copied from Gilligan’s dirt-digging nudge-nudgery, but for what it did not. And Bozza’s happy cheerleader may not have been keen on the obvious Johnson parallels. 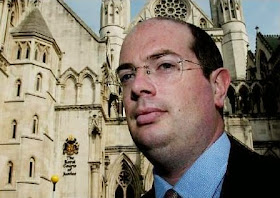 Although reporter John Ware homed in on just over £2 million of grants awarded to a number of organisations, many of which were part of the Bengali community within the Borough, and made suggestions that Rahman was insufficiently transparent in his dealings, there were no Muslim scare stories, no mention of selling Poplar Town Hall, and nothing on electoral malfeasance.
So much of the case put against Rahman last night revolves around those grants, which, as the Guardian’s Dave Hill has pointed out, are a tiny fraction of overall Council expenditure. What Gilligan may also find inconvenient is that Panorama took time to show Rahman’s achievements, and that those prepared to speak up for him are not all Bengalis. Then there was the Pickles intervention.
The circumferentially challenged Communities Secretary told that “I will be carefully examining the evidence provided by Panorama's thorough investigation and will consider the appropriate next steps, including the case for exercising the legal powers available to me”. Most likely that is more hot air. We former Bradford residents know Eric Pickles of old. He’s full of crap.
No, the impression given by last night’s Panorama – not that Gilligan will be admitting it any time soon – is that it is not difficult to look at Tower Hamlets and respond “Meh – look at what Bozza’s getting away with over at City Hall”. London’s occasional Mayor Alexander Boris de Pfeffel Johnson favouring his pals? There’s a sore point. And Andrew Gilligan is one of those favoured.
Would Mr Transcription Error like to compare £2.1 million of Tower Hamlets grants to the tens of millions sprayed up the wall on that cable car, or the bike scheme, or the potential £500 million plus extra cost of having a fleet of vanity buses with a second crew member to police their needless rear platform? And what about the West Kensington and Gibbs Green redevelopment stitch-up?
Only today news has emerged of Bozza’s pal “Fast” Eddie Lister behaving badly over the sale of land in Lambeth. And Gilligan is not the only Johnson pal to be bunged a taxpayer-funded sinecure. Oh, and I nearly forgot about more public funds being wasted shipping one of Bozza’s vanity buses around the world in a vain effort to drum up export sales, only for all the locals to laugh at it and say no thanks.
Lutfur Rahman, despite John Ware’s grilling, looks positively saintly by comparison.