Why Sajeeb Wazed Joy needs to learn from history, and not be a chicken


Yesterday, out of nowhere, Sajeeb Wazed Joy, Naati of the Jaati, son of Prime Minister Sheikh Hasina and grandson of Bangabandhu Sheikh Mujibur Rahman decided to post on his official page on facebook. With perfect timing designated to impress, Joy Babaji decided to dole out his statement on the arrest of the Secretary of Odhikar and prominent human rights figurehead in Bangladesh, Mr. Adilur Rahman. This is the complete statement on his facebook page. 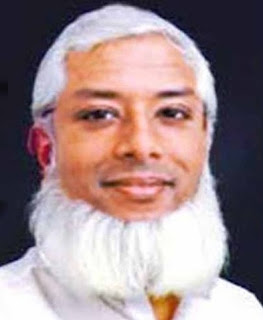 The author (me, that is) observes that in the era hovering around the independence of Bangladesh, Bangabandhu Sheikh Mujibur Rahman stood out; not for his fiery speeches or Mujib coat, but for his ability to show the nation a dream. The nation dreamt. We won against the tyranny and the nation tasted the glory of victory and freedom.
However, the same Bangabandhu was labeled a tyrant in a space of a few years as the fearsome Baksal materialized. The nation saw him as a tyrant and rejoiced in his overthrow.
The contrasting examples of the same man have been given with the intent to lay bare the realities that history has sought to teach us. Now that rumours abound of his entry in to that muck called politics, Sajeeb Wazed Joy would do well to learn from history in that towing the tune of autocracy sounds as stupid as it is seems.
One facebook page had this to say on a recent post of Sajeeb Wazed Joy,
“Sometimes we expect much more responsible comments from public figures such as U.S. citizen Mr. Sajeeb Wazed Joy. Towing the absurd line of a government that shut down electricity, organized a brutal security crackdown against its own citizens (including minors) and closed down two media channels all during the same night is much more than absurdity. Its either brutally biased propaganda, or plain stupidity, or both.” 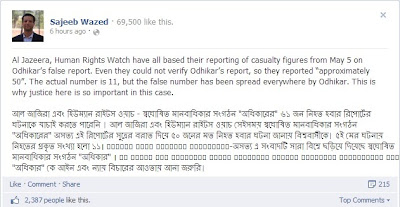 Conclusion:
As it stands, it is still too early to judge whether Sajeeb Wazed Joy is fast morphing into Bangabandhu II, even as Sheikh Hasina looks on in trepidation. However, it is safe to say, considering his perceptible snub-nosedness and apparently lacklustre performance in emanating another historical 7th May copycat speech entitled, “Amar kache tothyo ache/ I have information”, that Sajeeb Wazed Joy is just as likely to chicken out as he is likely to morph into Dr. Jekyll and Mr, Hyde versions of characteristic Bangabandhu-ness.
Only time will tell as to how accurately this garbled prophecy phases out.
98883 views 0 comments