Shibir activist Khalilur dreamt of becoming a barrister. A bullet ended it all. 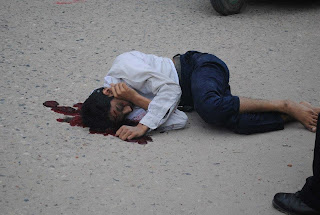 Khalilur Rahman (22) dreamt of being a barrister. He dreamt of changing the society, of helping poor children to change their lives through education. His dreams were erased forever as a police bullet, which was meant to protect him, was used to kill him instead. The nation lost a son who wanted a better future for his countrymen. 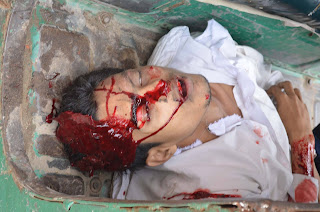 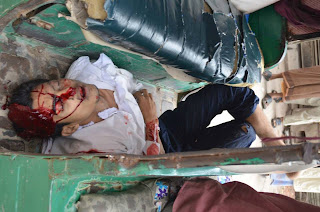 Khalil lost his life to a merciless police bullet as he along with others tried to bring out a procession at Jatrabari on the second day of the 48 hour hartal/strike called by Bangladesh Jamaat-e-Islami. As news spread of his death, a blanket of sadness and utter disbelief descended upon his family, relatives and local people. Khalil lived at Mollick Para in Shathia upazila at Pabna. His father Abdul Baten Mollick a simple farmer, his mother Jamela Khatun a housewife, Khalil was the second child amongst a poor family of 4 brothers and 1 sister.
Due to financial strain, Khalil lived in a mess in Dhaka in order to save money while continuing his studies. He was the President of the 88th ward of Bangladesh Islami Chatro Shibir. His organizational status was shodossho/member. At the time of his Shahadah, Khalil was a 2nd year Faazil student at Taamirul Millat Kamil Madrassah. Apart from this he was also a first year student of Islamic Studies at Islamic University.


Khalil was a meritorious student from his childhood. Apart from this, he was also very slated towards social service to his community. A Haafez of 18 chapters of the Quran by heart, Khalil was not just devoutly regular in his prayers five times a day; he was also regular in performing his Tahajjud prayers. His smaller brother, Abdullah Khokan, who also lived with him in Dhaka, is an associate of the organization. With tearful eyes, he recounted how he used to ask his brother Khalil about who would become martyr first. Khalil used to reply that he would be definitely the first to become a shaheed since he was elder and more religiously practicing than the younger brother. Khokan could continue no more, tears giving way to sobs. 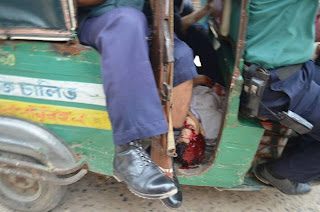 This is a video of the cold blooded murder of Khalilur Rahman:

May Allah accept our brother Shaheed Khalilur Rahman. May Allah bestow his family with strength and Sabr to pass these hard times.
May Allah bring to justice the killers of Khalil who used such indiscriminate force against completely peaceful humanity.