Remember Aung San Suu Kyi? She was a Nobel Peace Prize winner. Those were the days when she was an oppressed citizen of Burma. Today she is a lawmaker, the leader of the opposition in Burma. Yet the country has been witness to a systematic genocide of the Rohingya by its ruling elite and she has remained silent, totally silent, opting to cling on to her newfound power rather than speak out for the oppressed.

What could change a person so? In answer, a quote of Suu Kyi herself comes to mind, “It is not power that corrupts but fear. Fear of losing power corrupts those who wield it and fear of the scourge of power corrupts those who are subject to it.”
Suu Kyi represents a brand of politicians who are abundant in supply, their demand stemming from their flexibility in compromising the most basic of their beliefs for the sake of that Holy Grail called power. One such person is Hasanul Haq Inu, Minister of Information; Government of the People’s Republic of Bangladesh. Son of Late AHM Qamrul Haq, who retired as General Manager of Karnaphuli Paper Mills, Inu comes across as the typical silver spooned toddler. Before I delve further, it is of importance that we keep in mind that Inu did not have ideals to start with. His history bears witness. 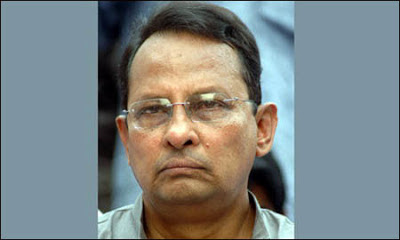